Big Races at Saratoga This Weekend 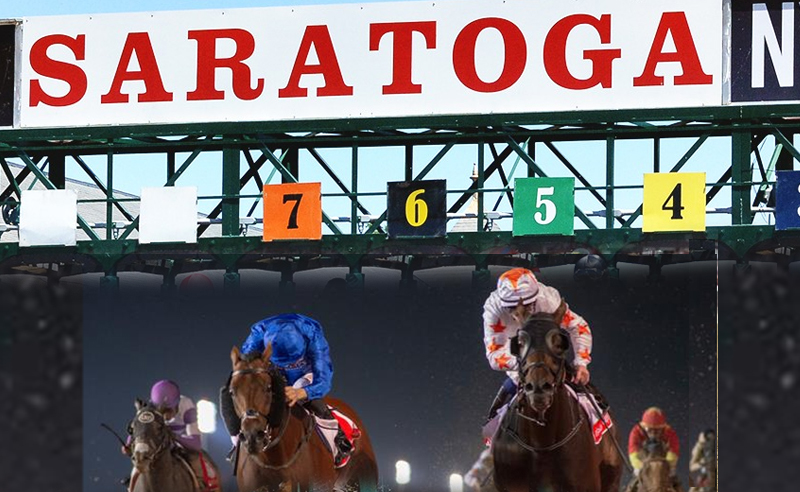 Racing has returned to much of the country and is in full-swing with big races at Saratoga Race Course in upstate New York. The Aug. 1 card at the track is set to include some big races. Specifically two Breeders’ Cup Challenge Series “Win and You’re In” preps: the Whitney Stakes and the Personal Ensign Stakes.

The field for the Grade 1 Whitney Stakes at Saratoga is set to be led by Tom’s d’Etat. He was the number one horse in the opening week of the Breeders’ Cup Classic Poll. The 7-year-old will look to prove to everyone that he can continue his impressive streak of four races on the spin, and keep paying out for those like horse betting.

His streak began back in October when he took the Grade 2 Fayette Stakes at Keeneland. After that, he went on to win the Grade I Clark Stakes at Churchill Downs. Following those performances, he scored the Oaklawn Mile at Oaklawn Park and the Grade 2 Stephen Foster last time out at Churchill.

Tom’s d’Eat’s biggest rival in the event will be Code of Honor. He was the fourth horse in the Breeders’ Cup Classic Poll and has two victories at the Grade 1 level. He won the Travers and Jockey Club Gold Cup in 2019.

His 2020 performances include a victory in the Grade 3 Westchester at Belmont and a second-place finish in the Met Mile also at Belmont.

The Absolute Basics of Betting on the Races

The Grade 1 $500,000 Personal Ensign Stakes is another one of the other big races at Saratoga on the card. The event is for 4-year-old and up fillies and mares and will run 1 1/8 miles.

The reigning champion older dirt female Midnight Bisou will look to be just the second horse ever to win the Personal Ensign Stakes back-to-back.

The horse is owned by Jeff Bloom in partnership with Madaket Stable and Allen Racing. She is trained by the Hall of Fame trainer Steve Asmussen. The 5-year-old daughter will look to build on her 2020 record of one victory and one second in two starts.

She will go up against rival Point of Honor in the event, who is still searching for her first 2020 win. The 4-year-old daughter of Curling is owned by Eclipse Thoroughbred Partners and Stetson Racing. Her last victory came in the Black-Eyed Susan Stakes (G2) at Pimlico Race Course in May 2019.

The Personal Ensign Stakes will also see Vexatious, the oldest entry in the field at online sportsbooks. The 6-year-old daughter of Giant’s Causeway is trained by Jack Sisterson, and her first graded victory came in 2018 at the age of 4.

The rest of the field for the Personal Ensign will include Abounding Joy, Motion Emotion, and Bossy Bride.

Saratoga Race Course is set to be the venue for some of the sport’s top races, coming in the forms of the Whitney Stakes and the Personal Ensign Stakes. Top-level runners like Tom’s d’Eat and Midnight Bisou will showcase their skills in the events.